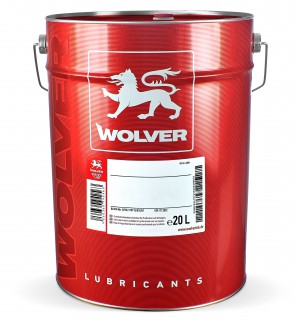 WOLVER Turbo Evolution 15W-40 is a highly effective engine oil of a new level of modern vehicles and stationary engines, which is a product of the evolution of API CI-4 oil (2002 publication) to higher requirements of ACEA E7 (2016 revision).

WOLVER Turbo Evolution 15W-40 is produced with the use of an advanced and balanced additive package - Stable Protect, which allows to ensure optimum productivity, thermal, viscosity and antioxidant stability during a long period of exploitation.

WOLVER Turbo Evolution 15W-40 is especially effective in engines of commercial vehicles, medium-loaded engines of main trucks, agricultural and quarry equipment. Complies with the current environmental standards EURO 5/4/3 and can be used in engines with EGR and / or SCR exhaust gas cleaning technologies without a particulate filter.

Wolver Turbo Evolution SAE 15W-40  is assigned to category 2 of used oils and thus is free for disposal.